San Diego is a city in Southern California at the border to Mexico. It is featured in American Truck Simulator. The next cities to San Diego are Carlsbad to the north and El Centro to the east.

The San Diego real life places, which are also in the game, are the North Park sign (in-game name: North Land) and the skyline.

Some buildings of the skyline in ATS are the Aria Condos, the Bank of America Plaza, the Comerica Bank Building, the Cortez Blu, the Discovery at Cortez Hill, the El Cortez Hotel (in-game name: El Gomez), the Park Place, the Symphony Towers, the Union Bank of California Building, the Vantage Pointe Condominium and some more.

The companies 42 Print, Bitumen and HMS Machinery have depots in the city, while there also are stores of Eddy's, Voltison Motors and Wallbert.

You can also find a garage, a gas station, a Sunset Motel, a recruitment agency and a Peterbilt dealer in San Diego.

San Diego is located at the ends of the IS5

In the initial version of American Truck Simulator, Interstate 8 began at the diamond interchange in eastern San Diego, while Interstate 15 began at Interstate 10 east of Los Angeles and didn't connect to San Diego.

In update 1.5, which changed the map scale from 1:35 to 1:20, the section of Interstate 8 between Interstate 5 and the diamond interchange in eastern San Diego was added. 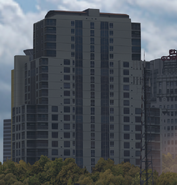 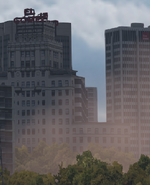 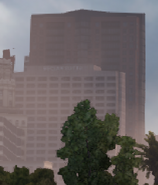