Reno is the second largest in-game city in Nevada. It is featured in American Truck Simulator.

The city is split up into two parts by Interstate 580:

The western part includes a Voltison Motors car parts store, a Peterbilt dealer with a service shop, and a small GP gas station.

The other part, which is located to the east of I-580, consists of an Eddy's store, a Wallbert supermarket, a Plaster & Sons construction area, and a Voltison Motors dealership. There are also a garage and a Pedro Stopping Center.

Reno is connected to other cities by three highways:

In addition, the US50

runs from US 395 in Johnstonville, California northwest of Reno towards Susanville and Redding (the latter city via the CA44 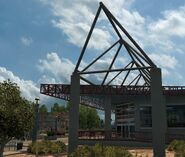 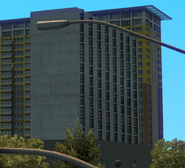