Phoenix is the capital and largest city of Arizona. It is featured in the Arizona map expansion DLC for American Truck Simulator.

There are a lot of known landmarks in the skyline of Phoenix, including the Arizona Center, the Bank of America Tower, the Chase Tower, the CityScape, the Hyatt Regency, the One North Central, the Renaissance Square, the Sheraton Grand, Tovrea Castle, the US Bank Center, the Wells Fargo Plaza, The Westin Phoenix Downtown and the Westward Ho.

Other important landmarks are the Phoenix Sky Harbor International Airport, the Salt River and the Aqua Fria River.

The city is split up in several parts by highways:

The northwestern part consists of a 42 Print depot, a Gallon Oil gas station, two Wallbert depots, a Kenworth dealer, a garage, and a recruitment agency.

To the east of this part one can find a Bitumen and a Plaster & Sons depot.

The southwestern part features a Charged shop, a Chemso plant, a Coastline Mining depot, a Sell Goods depot and a Pedro Stopping Center which serves as a rest area.

Driving out south of this section via AZ-85, there is also a Bushnell Farms depot.

Phoenix Sky Harbor International Airport is in the southeast part of Phoenix and is home to the Phoenix Freight depot.

Phoenix is connected to other cities by four highways: 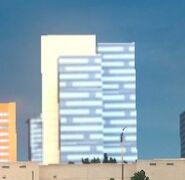 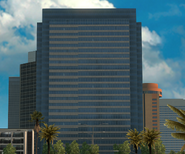 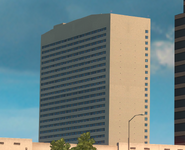 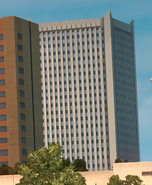 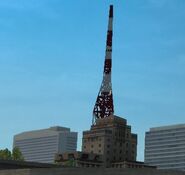